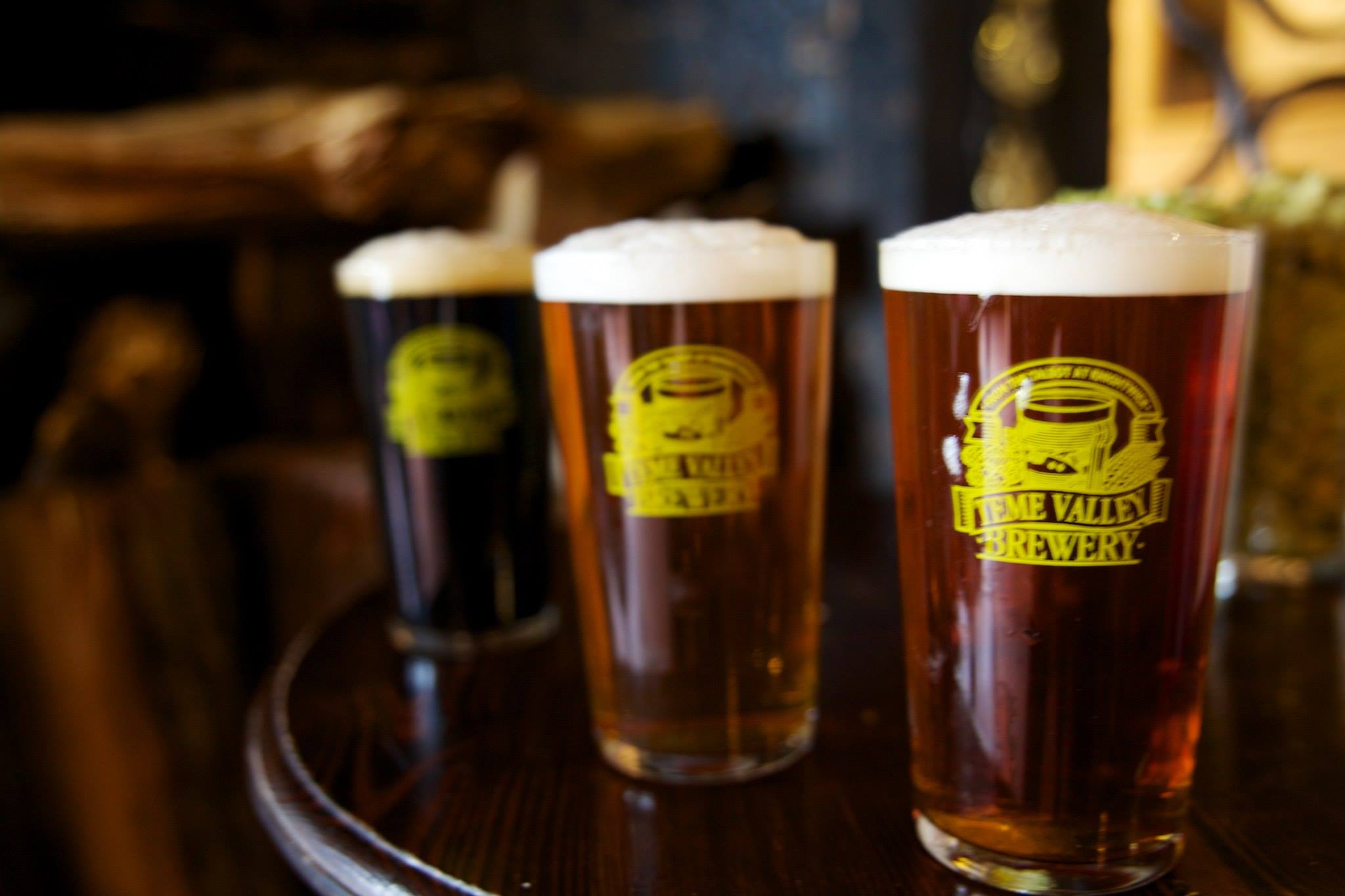 Read more
The brewery was first opened in 1997 by the Clift family.
Annie and Wiz Clift ran The Talbot at Knightwick, Worcestershire while their brother Philip ran the family farm at Lulsley Court nearby.
The Clifts had been growing hops since the 19th century and a logical progression of the farm and pub businesses was to brew beer from their own hops to sell in their own pub.
In August 1997 the brewery equipment was installed behind the pub and in September 1997 Chris Gooch joined as brewer.
Initially beer was brewed once a week, in 5 barrel batches (a brewer’s barrel is 36 gallons so 5bbls = 180 gallons). By the time September 1998 arrived, some beer was being sold to beer festivals and select local pubs as well as The Talbot.

To celebrate the 1st anniversary, we brewed 5 green hop beers in September 1998. Hops are harvested in September and are dried in kilns to preserve them for the rest of the year. Because the brewery is in the heart of Worcestershire’s hop growing region, we are able to use hops as they are picked. Just as using fresh herbs in cooking gives more flavour and aroma to food, fresh hops make very distinctive beers. Lulsley Court in 1998 was growing 5 varieties of English hops so we brewed a beer using each – Fuggles, Earlybird Goldings, Northdown, Mathon Goldings and Challenger. All 5 were put on the bar together one weekend in October to give the public a unique opportunity to taste the different characteristics of each variety. This was the origin of the Green Hop Beer Festival, which we still run in October every year and which now features more than 20 beers.
The brewery gradually got busier and busier even though my skills as a brewer far exceed my abilities as a salesman. Farming, however, was in decline and, in October 2000, Philip Clift sold Lulsley Court. At its peak, Lulsley court was growing about 1,000 bales of hops a year – the brewery used about 3 bales a year.
Shortly after came the foot and mouth outbreak of 2001 which had a catastrophic effect on the brewery and The Talbot. Most of our pub customers were in rural areas and many of these have never reopened.

I found new customers in The Black Country and carried on brewing until the foot and mouth restrictions were lifted. We now trade with 30 pubs directly, 2 small beer wholesalers and have many customers for our bottled beers ranging from Waitrose to farmers’ markets.
By spring 2003, I was brewing twice a week; working 7 days a week; and due to become a father on April 3rd. Clearly, something had to change and fortunately Graham Stanley (Stan) was available to join the brewery. He soon became an able brewer and celebrated his first year at the brewery with “12 Months With Good Beerhaviour” a 4.5 % ABV beer brewed with 6 lbs of local honey.
Like every other microbrewery I know, we had a very successful 2004. THIS won its category in the SIBA regional beer competition and came 3rd overall. We found ourselves working flat out and faced the prospect of running out of beer several times. To avoid this, we bought the old Wye Valley Brewery plant from behind The Barrels in Hereford and installed it in Spring 2005. This allowed us to brew up to 15 barrels at a time and gave me more time to sell and deliver beer in the midlands and abroad.
Cheers!
Chris Gooch
Brewer